The “Getting Out from Going Under” blog is not an official Debtors Anonymous publication nor is it endorsed by Debtors Anonymous. It is the work of one person who is recovering from compulsive debting and spending and all content is strictly her opinion.

My name is Susan B. I am a compulsive debtor and spender, and a grateful, recovering member of Debtor’s Anonymous (DA). One day at a time, I have not incurred any new debt nor engaged in a spending binge since April 25, 2009. On that date, I had $34,000 of credit card debt. On February 9, 2016, I became debt-free.

I first came into DA in 1999. A few years later, after paying off over $22,000 in credit card debt through working the DA program, I thought I had the answer and left the program. I was able to maintain my sobriety with money for a couple of years, but eventually, the straw house collapsed and I reverted to my old debting ways.

In March 2009, My son was getting ready to go off to college and thankfully, I had prepared by putting money into a college plan for his tuition … but never thought about the rest – housing, food, etc. – which would total nearly $10,000 per year. His father wasn’t willing to contribute. In addition, I had accumulated another $34,000 in credit card debt. And I continued justifying out-of-control debting and spending despite diminishing lines of credit.

Though I became sober in 1990 and abstinent from compulsive eating in 1998, it became clear that I was still a liar about money. The situation turned desperate and I could no longer fool myself about what I was doing. It was devastating, and I felt like my whole life was collapsing around me, and I wouldn’t be able to send my son to college, which I had promised myself I would do from the day he was born. This, in addition to the wreck I was making of the rest of my life and finances.

And so I went back to DA.

I cut up all my credit cards the next day. I was terrified, but haven’t looked back and haven’t had anything happen that I couldn’t fund somehow or delay. This is truly one of the miracles of the program.

Today, I can say that I paid cash for all four years of my son’s college tuition and for the first two years of his living expenses. He worked and got student loans for the rest, and graduated in 2013. Thankfully, he is not a compulsive debtor and has paid off most of his student loan.

I continued to pay down my $34,000 debt and finally paid off the balance in February 2016! Plus, I have savings accrued.

But the biggest miracle of all is that I was able to do all of this despite having to go on disability in 2010 and losing half of my disability income in 2014!

There is no way I would be surviving … much less living within my means … especially under my current health circumstances if it weren’t for DA.

Filled with practical tips, inspiration, and a thought for each day, the Daily Reader will encourage and motivate you to stay on the path of recovery. Print and ebook available.

The articles on this website were written by Susan B., a recovering compulsive spender and debtor. You can read about her recovery journey here.

Do You Need Help Creating a Spending Plan or Using YNAB®?

YNAB® (short for “You Need a Budget”) is the best software for spending plans I’ve found. It’s like a virtual envelope system. You have 34 days to evaluate YNAB for free with my affiliate link.

YNAB is a registered trademark of You Need A Budget LLC 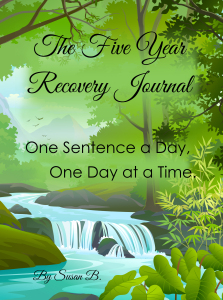 Copyright 2012-2017 © Getting Out from Going Under Publishing, All Rights Reserved.

Please note that the “Getting Out from Going Under” blog is not an official Debtors Anonymous publication nor is it endorsed by Debtors Anonymous. It is the work of one person who is recovering from compulsive debting and spending and all content is strictly her opinion.